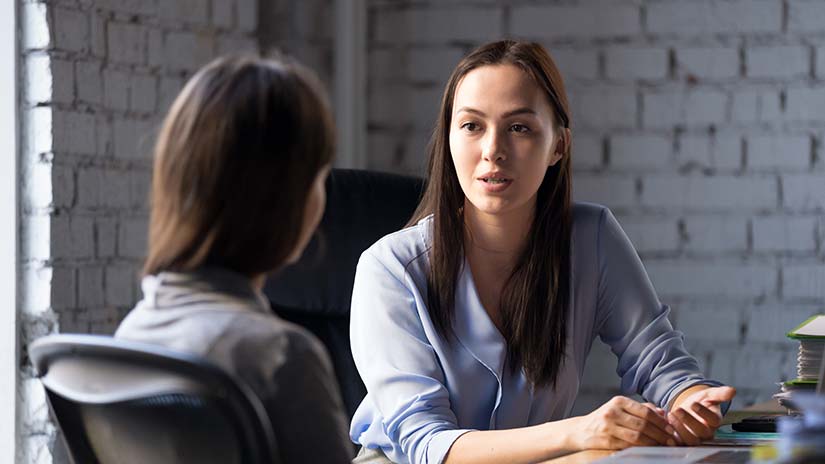 The recession has resulted in layoffs, and the fortunate among us were able to turn that disappointment into opportunity, possibly even to pursue a new career or job path.  A Watershed workshop participant did just that. Here’s a chance to learn from the mistakes of someone else negotiating his salary, who we'll call Bill. To protect everyone’s privacy, we’ve changed the names.

Bill had taken our Best Negotiating Practices workshop when he was in international sales at his previous company. He had since been laid off in a recession-induced downsizing. He decided to switch career tracks, and follow his passion in international labor relations. He easily landed a temporary position at a large corporation, and after almost a year, his manager indicated that she wanted to bring him on as a full-time employee. Bill was thrilled, and stopped his job search.
A few weeks later an HR recruiter at his company, who we'll call Jen, scheduled Bill for an interview. This surprised Bill, as he felt that the company already knew his work quality and production. Bill researched salary ranges and prepared for the interview.
Bill knocked on Jen’s door and she beckoned him in, but was distracted reading a report on her computer and making comments under her breath. She then picked up another document on her desk and flipped through a few pages, laughing quietly to herself before turning to Bill.
“How much do you want?” Jen asked. These were the first words out of her mouth. Bill had done his research on salaries (he knew the upper limit of $125K and the lower limit of $70K) for similar positions at the company and in the field, and had asked other colleagues about Jen’s negotiation style. He was prepared for Jen’s direct approach, and asked for $127,000 (just above top of the salary range for someone like him with a masters degree in international labor relations and 3 years of general international business experience.)
Jen responded, “Absolutely not.” She then told Bill that the more appropriate salary is $78,000.
What should Bill have done next?
Some would start negotiating up from $78K and focus on the number, and some would try to convince Jen that her market value of the position was wrong. The Best Negotiating Practice would be to refrain from engaging in bargaining from persuasion. Neither approach is recommended. The Best Negotiating Practice would be to show surprise in a congenial way (wow, that sort of salary is a surprise to me), and then ask lots of questions about the position in general. The idea would be to clarify what the company was envisioning in terms of expertise, experience, travel, visibility, etc., and only after exhausting that line of discussion, start asking about how the $78K was derived.
Next month we’ll look at what Bill actually did and how negotiations unfolded.
Salary, Tactics, Response to Offers, Preparation

Reputation matters. Select a lead negotiator for the bargaining stage who is respected by both sides. They should be fair, firm, professional, experienced, trustworthy and ethical.