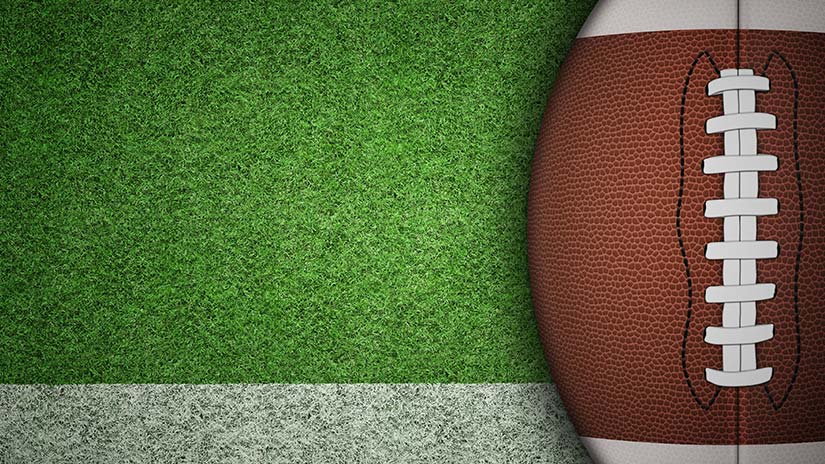 Will Tom Brady or Roger Goodell come out the winner in the NFL's DeflateGate? Who has the skills and strategies to win the next round? Get your tickets because this negotiation is a game everybody is watching.

NFL camps are opening this week all over the US, and football-hungry fans are getting excited about watching their teams – and favorite players – on the gridiron again. One huge problem hanging over the start of the season: what will happen to much-beloved Tom Brady, locked in battle with NFL commissioner, Roger Goodell and the "ownership powers that be," over DeflateGate? Did Tom Brady break the rules with football deflation in the AFC championship game, and if so (or even if he just “covered up” potential evidence), what punishment fits this crime?

The NFL handed down a 4-game suspension back in May 2015 and the players' union, NFLPA, appealed in June. Just this week, Commissioner Goodell upheld his decision: the 4-game suspension stands. But the questions may linger - what is fair in this situation, and what will be accepted by those football-hungry fans, especially when Tom Brady was just announced as the #1 seller of NFL merchandising for Q1 this year, from the NFLPA’s Top 50 Player Sales list.

How can Roger Goodell and NFL ownership keep fans happy, while retaining control over league activities? The balance of power is intriguing.  – can a win-win be reached between the NFL and Tom Brady’s camp, especially now that Goodell has solidified his position with his latest ruling? Here are the issues to watch.

Stakeholders are Issue #1 to Watch

An essential concept in negotiations is to manage your stakeholders, in part by recognizing and hopefully meeting their interests: Goodell has a number of stakeholders, and their interests are not necessarily aligned. The NFL (and NFL Owners) makes close to $10B in revenue a year, with an aim of reaching $25B by 2027 – the top professional sports league in the world.

And they pay Goodell handsomely; in 2012, Goodell’s salary was $44M (this is the last published salary, as after 2012, the NFL relinquished its tax-exempt status and closed ranks on disclosing salaries). Goodell clearly wants to keep the owners happy! In fact, at least two of these very powerful owners lobbied hard to uphold the 4 game suspension – Jim Irsay (Indianapolis Colts- the team that lost to Brady in the infamous game) and Steve Bisciotti (Baltimore Ravens). So it is no surprise that Goodell doubled-down on his decision this week.

Tom Brady’s last contract was $57 million over 5 years – orders of magnitude lower than NFL revenue and less than Goodell’s own salary, but in the court of public opinion, Brady’s power is significant.  The NFL assuredly wants to keep all of those jersey-buying fans happy too, as their zeal fills the owners’ cash registers. It seemed as if the majority of fans wanted Brady’s suspension lightened if not lifted – that will play out on the airwaves in the coming days, as we see how fans react to Goodell’s decision.

Interests are Issue #2 to Watch

Both sides of this conflict have myriad interests in play. It is essential to understand and prioritize your interests, and determine what is driving the other side, in order to attain a win-win outcome in any negotiation. Goodell clearly wants to keep the NFL owners and the fans happy, but he has a self-serving interest too: he wants to preserve his reputation and legacy as an outstanding Commissioner. His reputation has taken repeated hits lately with various league scandals. As he ponders next steps, surely he wants to avoid second-guessing in the media, questioning his leadership. How his decision to uphold the suspension preserves, or sullies, his reputation remains to be seen.

Tom Brady is also very interested in self-preservation – he values his earnings potential both as an NFL player but as a champion endorser too! If he is viewed as a cheater, his short-term income from promotions, commercials and other sponsorships may dry up. In 2013, Brady's endorsement income was $7M, not too far below his NFL annual salary.

But probably more important to Tom Brady than his marketing potential is his legacy as one of the best, if not the best, quarterback to have played the game. He went on record in January to proclaim he was not a cheater. The new information that he had his cell phone destroyed after the investigation began raises the stakes for him. He wants to be in the pantheon of immortal NFL players, and with 4 championships under his belt already, he was on his way. It is no surprise that Brady wanted the entire 4-game suspension wiped away – with the recognition that he did not cheat. So his interest is clear, but how to best achieve it?

BATNAs are Issue #3 to Watch

Tom Brady and the NFLPA have one major lever – their BATNA! In this case, their Best Alternative To A Negotiated Agreement, or Plan B, is to take the NFL to court. And they have been clear that they are willing to do just that: they are willing to execute their BATNA and go to court. BATNAs are most powerful when the other side believes you have a strong Plan B (or more than one alternative, even) and are willing to execute it. Back in June during the initial appeal, Brady’s defense attorney publicly stated that they have a strong case, and many in legal circles agree.

The NFL has a lot on the line; some recent NFL investigations did not go so smoothly (remember the Ray Rice case), but Roger Goodell has shown that he is also willing to execute his BATNA. The last thing that Roger Goodell and the NFL probably want is a protracted legal proceeding, including all that might come out in the Discovery phase of litigation, but that seems to be the path we are on. Just a few days ago, Forbes published an article that suggests Brady and team will prevail in court. If that's an accurate assessment, Goodell's priority must be keeping his stakeholders happy at this stage.

One hope is that cooler heads will soon prevail, as an underlying, common Interest in play for both parties should be a speedy resolution. Brady assuredly wants to get on the field – he only loses $2M if he misses all 4 games, but he would snap his 13-year record of season opening starts. And Goodell would like to open the NFL season with happy fans (and happy owners). But for the moment, we are at the stage of litigation threats. It will be fascinating to see how this unfolds.

We will know soon enough if they are able to pull back from their BATNAs and negotiate some form of a win-win solution. Interests and stakeholders are now well understood; opening and counter-offers have been made and BATNAs revealed. Let’s hope they focus on Best Negotiating Practices rather than legal tactics in the near term, and close the books on this rapidly, so that the start of the American football season can kick off happily for all parties - especially the fans!

Be sincerely curious and ask three questions after their offer. Listen as an ally! This will tell you how legitimate they think their offer is.