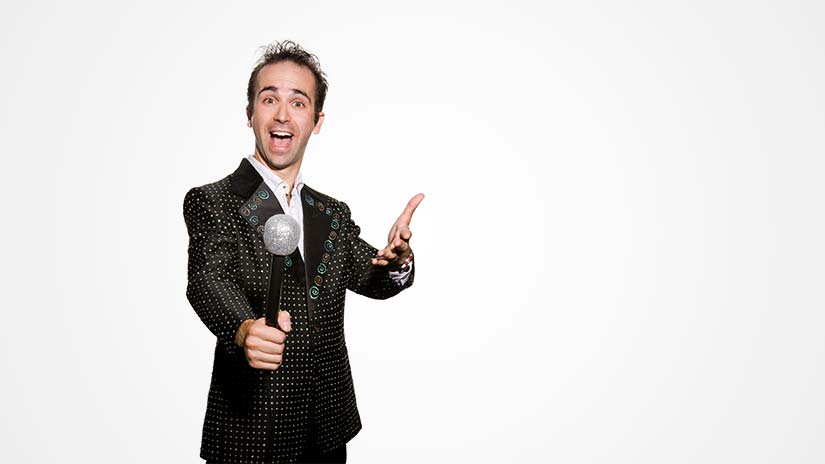 “Yes, and” Take a Negotiation Lesson from Improv Theatre

Even when you prepare extensively for face-to-face negotiations, you often feel like you are on stage. Everyone is watching to see if your reaction or next move will ensure progress, or prevent it. Sometimes everything goes according to your intended script, and what you practiced must now come off as an unrehearsed reaction. Other times you have to respond to unexpected turns in the conversation. To get better at both these negotiation skills, let’s take a few lessons from Improv.

I was a theatre major in college in the '80s, and often draw on the Improvisation skills I learned in those acting classes and later as an attorney to help me now in my face-to-face negotiations. You can do it too.

What is improvisation? Without getting technical, it’s using words or actions in response to a stimulus in your environment, such as a question, an inner feeling, or some one else’s reaction. It involves spontaneity. Common terms for improvise are ad lib, extemporize, off the cuff, and play it by ear.

Theatre actors practice Improvisation as a way to find the spontaneity that the audience will need to experience when the actors deliver a script for the hundredth time. Improvisation teaches actors how to listen, sense others around them, communicate clearly, trust their instincts, and appear both spontaneous and confident in their reactions and choices. These same skills are critical to negotiating.

Improv Skills in Negotiations
Foremost among Improvisation skills are listening actively and building on that information. In Improv we use a simple "yes and" statement where the actors affirm what their partner has said and then add information. To do this well requires listening to a partner, internalizing what they have said, and coming up with a statement that moves the relationship between the actors forward.

It’s the same in negotiations. If you find yourself rehearsing your response while your counterpart is talking, you are not listening, and it will be obvious when you respond about your needs rather than theirs. To practice listening, use this simple Improv exercise in response to your counterpart. Say “Yes, and....” Knowing that you are going to say, “Yes,” your mind will easily focus on what is being said to you so that you don’t mistakenly concede something. Focusing, in turn, will allow you to be responsive in a way that your counterpart feels heard.

In Improv, like negotiations, the goal is to move the conversation forward in a way that makes sense for all actors. In Improv, one actor makes an offer -- to sit down at an imaginary table, to go inside a door, to talk about his female tennis coach – and another actor is supposed to accept the offer in a way that takes the scene forward. The responding actor can’t walk through the imaginary table, or talk about his mate’s male tennis coach for example. To do so is called "blocking," and it prevents the scene from developing.

It’s similar in negotiations. When one party makes a demand or proposal, it provides an opportunity to move forward -- closer to agreement. That doesn’t mean you have to accept the offer; it means you have to talk about it. And to talk about it, you have to listen. At a minimum, listening can be a powerful concession to other party’s need to be heard. Listening also enables you to understand the perceptions, emotions, and underlying messages of the other party, while building rapport, trust, and a strong alliance with the speaker. When you say "Yes, and...," ask questions, seek clarification, and suggest nuances that might work, you have demonstrated that you listened, and the conversation has moved forward. Don’t be a blocker, be an improviser!

The next time you engage in negotiations consider taking a lesson out of the Improv playbook, and use some “Yes and” statements. Say ‘yes’ by validating the information that the other party has given you, ‘and’ then add some information to demonstrate that you understand their position on the matter. See how the scene plays out!