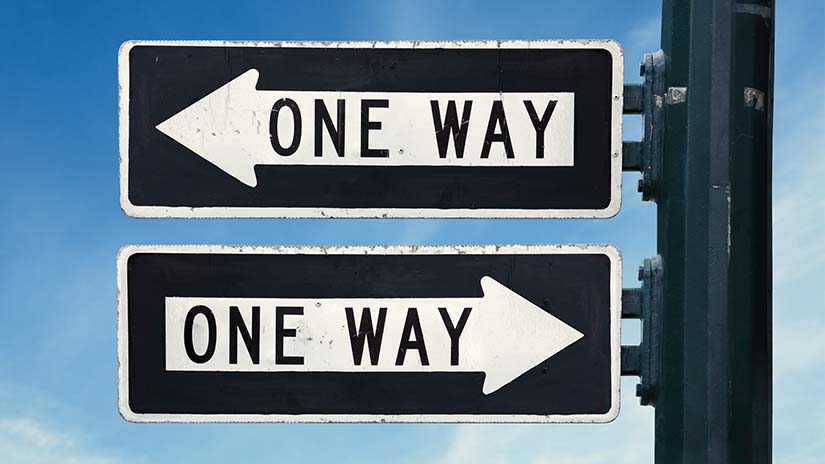 Consider these situations:
In these types of situations, you need to build (or re-build) trust in the relationship. Without the appropriate level of trust, parties are not likely to share their interests, and without discovery of interests, you are left only to argue positions, without much hope of creating value for both parties.
One trust-building strategy is to unilaterally disclose confidential or proprietary information that is valuable to your counterpart. (Obviously the disclosure has to be legal, ethical and appropriate to the circumstances.) You are taking a calculated risk that your disclosure will build trust and thereby assure progress in the negotiations.
What information should you disclose? The information should be of low risk to you but of significant value to your counterpart. This strategy only works if it is clear to your counterpart that you shared something you didn’t have to, and if the information is something your counterpart values knowing.
When should you make such a disclosure? The most ideal time is during the Information Exchange stage. You want to learn early on whether your counterpart is negotiating in good faith, or how much work needs to be done to restore trust. Of course, sometimes during the Bargaining stage you realize you have to back up and re-engage in the activities of Information Exchange before proposals that address interests will surface.
A very public example comes on this 1 year anniversary of the US disclosure of the size of its nuclear arsenal -- 5,113 weapons, down from its peak at over 31,000 weapons in 1967, a secret long held since the Cold War. Good minds debate the wisdom of this “transparency policy,” but as a negotiation strategy, well, it’s right out of the master negotiator’s playbook.
Historically, there is great distrust between those countries with nuclear power and those without it. All nations will be hurt by nuclear war, but those with nuclear power are the main targets. And remember, the US and many other nations are already obligated by treaty to decrease their nuclear arsenals.
Let’s check the US strategy for the key markers of a good negotiation strategy:
The result? Whether such a unilateral disclosure builds trust remains to be seen. The general law of reciprocity would dictate that your counterpart would respond in kind if they too want to build trust in the relationship. If your counterpart does not respond in kind, it’s possible they don’t see any mutual benefit, or have a hidden agenda. This alone is valuable information that indicates you need to be serious about your alternatives. But if they do reciprocate, you have saved months (with nuclear war heads, years) of negotiations and began the open flow of information that can lead to effective bargaining.
Going back to our “public event” example, the US ally, UK, followed suit and on May 26, 2010 disclosed that it had a stockpile of 225 warheads. According to Deutsche Welle, the German Foreign Minister acknowledged the power of the US strategy when he said: "It underlines that the US is aware of its responsibility in the disarmament process. From transparency, grows trust - the basic precondition for further disarmament."
Can unilateral disclosure backfire? Yes, like all risks, there’s a down side, and an upside. Your counterpart could reveal some valuable information as way to trick you into trusting them. If you suspect such trickery, you are well advised to spend more time in the Information Exchange stage. People who want unjustified rewards are usually not willing to wait for them, hence their motives will become apparent.
An example from a Watershed client (names and specifics changed to protect confidences).
Our client (let’s call it Acme) had a contract committing it to a $1.5M spend per year and a 3-year contract with a key supplier (let’s call it BT Supplier).  Due to the economic downturn, Acme did not meet its volume commitment in the 2nd and 3rd year of the contract, by 12% and 22% respectively. Acme avoided discussion of the breach, offering only vague promises of a plan to catch up.
Acme came to Watershed for help because it wanted to negotiate a new contract with BT Supplier. The problem was that BT Supplier has lost all trust in Acme because Acme did not live up to its commitments and did not handle the situation well.  Acme needed to do something to re-build its credibility and trust.
We worked through several trust-building strategies with Acme, and the company chose a path of unilateral disclosure. Acme decided to invite an engineering team from BT Supplier to a round of R&D meetings. Acme proactively solicited input from the BT Supplier engineers on a series of new products Acme was developing. This would give BT Supplier a significant advantage when it came time to bid the parts for the new products. Most important, however, Acme’s unilateral outreach and sharing of valuable information demonstrated a serious commitment on Acme’s part toward BT Supplier, and was integral to re-building trust between the parties.
Trust Building Strategies are legion. Trust, of course, is fundamental to the success of collaborative negotiations. There are, however, many ways to build trust with your negotiating counterpart. Unilateral disclosure of valuable information is only one such strategy, but it can be a powerful ally in certain situations.
Foolish or enlightened? You decide.
Exchange, Trust, Unilateral Disclosure, Unilateral concession