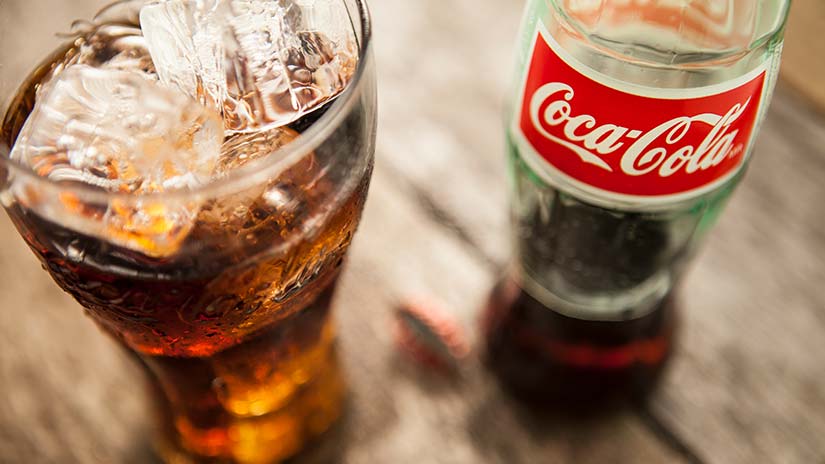 On World Food Day, October 16, 2015, will you be drinking China’s famous Huiyuan fruit juice or the iconic Coca-Cola?

At Expo Milano 2015, which closes this month, each showcased brand proudly stands alone as a key player in the planet's food. Not so long ago, however, the two companies were on the road to a blissful acquisition of China Huiyuan Juice Company by Coca-Cola. What happened to the deal, and what can we learn from the failed negotiations of these beverage giants?

Expo Milano 2015 offers a “platform for the exchange of ideas and shared solutions, stimulating each country’s creativity and promoting innovation for a sustainable future.” This sounds like a phrase out of our negotiator’s playbook! But Expo Milano of course is about food and its sustainability on our planet.

Coca-Cola is the Official Soft Drink Partner of Expo Milano. Huiyuan, China's largest juice manufacturer, is Expo Milano's Official Partner in the beverage fruits, legumes and spices cluster. It seems fitting that these two beverage giants each hold their own at the world’s food exposition, but I am reminded of an “almost event” in 2009, when the two were in talks for Coke to acquire Huiyuan as part of Coke's expansion in China -- a negotiation of shared ideas and solutions.

To Coke executives, the deal seemed like a perfect match. With 35 existing factories in China at the time, producing everything from soft drinks to milk tea, Coke had a long tradition of succeeding in the local market. After many negotiations, executives at Huiyuan had agreed to the deal, which led Coke to announce plans to commit an additional $2 billion to its presence in China over the next three years. Coke officials had proceeded adeptly from the start by investing time and energy into building relationships with executives at Huiyuan, as evidenced by the Chinese company’s major shareholders endorsing the merger. The business world was shocked when just a few weeks later, the Chinese government blocked Coca-Cola’s proposed $2.3 billion acquisition of Huiyuan in March 2009.

What scuttled the deal? Why had Coca-Cola been caught by surprise? The answer lies in Coke’s fundamental miscalculation of critical stakeholders’ interests – the Chinese government as the ultimate regulator of business in China, and the Chinese consumer.

Although the deal made financial sense for the two companies – one source close to Coca-Cola described it as a "marriage made in heaven,” regulatory officials in Beijing were looking at more than the bottom line. By 2009, Huiyuan had become a high-profile national brand, and its proposed sale to a US multinational had aroused tremendous opposition in local media outlets and online chat rooms.

Huiyuan’s founder and CEO also set off a firestorm after declaring that he was “selling [the company] like a pig,” with more than 80% of respondents opposing the deal on Xinhua, China’s state-owned news agency. With public sentiment turning increasingly against the deal, Beijing’s Ministry of Commerce felt comfortable and even empowered to scuttle the merger.

Beijing’s official rationale was that the deal would reduce competition. Many analysts observed, however, that Chinese officials simply believed that the public relations impact of approving the deal wasn’t positive enough to overcome the downside of creating an exception to China’s new anti-monopoly policy. No deal was therefore a better option than a deal that could be portrayed as a symbolic defeat for Chinese business. And therein lies the stakeholders' real interests: national pride in Chinese industry. No deal was sustainable if it didn't address these key stakeholders' interests.

Given its experience in the Chinese market, certainly Coke officials knew of the possibility that the Ministry would reject the deal. Coke probably did not expect, however, that Beijing would give in to public opinion and forego Coke's promised expansion in China. Coke may even have been blinded by its amicable relationships with Chinese companies.

What could Coca-Cola have done differently?

Coke’s negotiating team should have focused more on Huiyuan’s stakeholders – all of them, not just inside Huiyuan as its negotiating partner. Stakeholders who aren't at the bargaining table can crash the best-laid plans. Coke’s negotiating team could have brainstormed ways to adjust its offer in light of Beijing’s constituents’ reactions. Coke could have designed a campaign that would embolden Chinese national pride in the Huiyuan brand, rather than discourage it. It is difficult to believe there wasn’t a way to structure the deal that might have assuaged the public outcry, and even bolstered Chinese national pride.

Although Coke had developed close ties with Huiyuan officials, it was still at the mercy of the Chinese Ministry of Commerce. Earlier efforts to learn what would matter to the Ministry of Commerce on this front may have helped Coke succeed – or at least could have helped it avoid an expensive and time-consuming acquisition strategy that ultimately proved futile. And here we are 6 years later, with two strong beverage giants on the world food stage. Be sure to visit them at Expo Milano 2015.