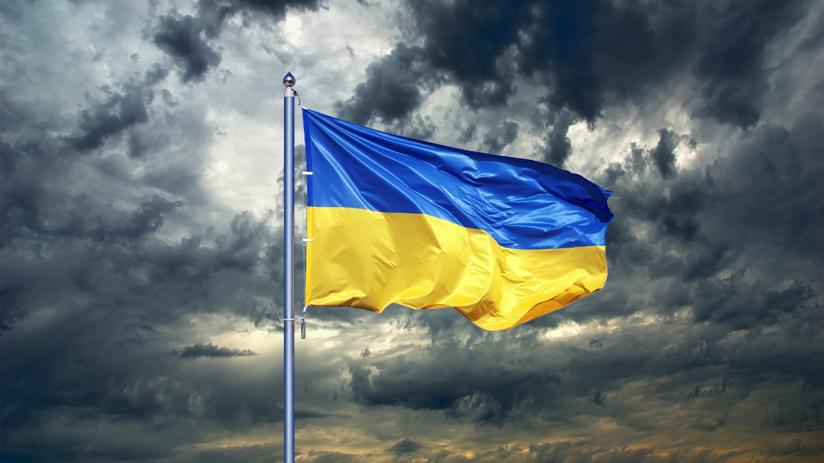 Is Putin a Rational Negotiator?

As the war in Ukraine expands and intensifies, we watch the sickening devastation and ask how can this be happening – has Vladimir Putin gone mad? The horror inflicted on innocent Ukrainians is so shocking, one might conclude that Putin has gone over the edge and lost touch with reality. Rational people wonder: why is he doing this, and can he be reasoned with to negotiate a diplomatic resolution to this nightmare?

Putin’s current position is clear – he presented the US and NATO his list of security demands in December 2021, including a guarantee that Ukraine never enters NATO and that NATO rolls back its military footprint in Eastern and Central Europe. At that time,

his BATNA (best alternative to a negotiated agreement) was apparent - invading Ukraine (he has never truly ascribed to Ukraine’s sovereignty.) Negotiations had barely begun in January when Putin executed his BATNA. Ukraine and Russia were at war. And shortly after the invasion, Putin ratcheted up the rhetoric, threatening an even more terrifying BATNA – use of nuclear weaponry. The stakes are higher than ever for the West now, as Ukraine bears the brunt of this savagery.

Is Putin rational and should we negotiate with him at all?

Experts within the intelligence and national security community warn against viewing Putin as a madman. In early March, a veteran former CIA operative said of Putin, “He may have made a miscalculation, and many of his beliefs are wrong, but he is rational, consistent, and ruthless.” That ruthlessness is on full display as innocent Ukrainians suffer his brutality, resulting in a massive humanitarian crisis with more than 3 million refugees fleeing their country.

We know Putin’s position, but what are his interests – his underlying motivations. Skillful negotiators realize there is often more than one way to solve a party’s real concerns – why they want what it is they’re asking for – not just the position they put on the table. In negotiations, those concerns are called “Interests” and must be addressed for a sustainable resolution. In collaborative negotiations, parties address both sides’ Interests to create more value overall. Clearly, the situation in Ukraine does not invite collaboration – and yet we must still come to the table and craft a negotiation strategy that resolves this nightmare. Compromise, a less ideal strategy than collaboration, may not feel good but must be explored.

What are Putin’s Interests? 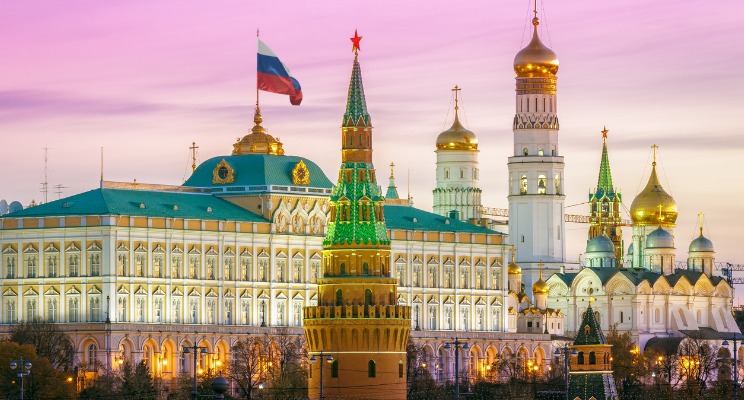 If we focus just on President Putin, what are the Interests in play, underpinning his position? From his remarks on the world stage, Putin is clearly motivated by the paramount "goal of regaining the importance in the world the Soviet Union used to hold - and restoring Russian pride."   Putin came of age as a young KGB operative during the Soviet era, when the USSR was the counterweight to the power of the West, namely the US. That is how he defines greatness - regaining the power of the former Soviet Union.

After the Berlin Wall fell and the USSR dissolved, Putin mourned “the national humiliation of a powerful state simply imploding”, notably not the “human cost or material tribulations ”. To Putin, the decades since the collapse of the USSR have not been kind to Russia. Fiona Hill (a NSC advisor to President Trump and former National Intelligence officer on Russia to Presidents Bush and Obama) gave an interview to the New York Times earlier in March, noting that Putin has "this mentality that Russia is always under siege, its leaders are always under siege."

Upon becoming the President of Russia in 2000, Putin was the embodiment of that greatness and the link between modern times and the Russian czars and czarinas that first achieved Russian prominence and pride. Putin’s real Interests then appear to be safeguarding his legacy as the restorer of Russia to its glory - reconstitution of the grandeur of the Soviet Union. Carlos Lozada wrote eloquently recently in the Washington Post: “Russia’s glory is his goal, but Putin’s own power is always the convenient means.”

If this crystallizes Putin’s Interests, can they be effectively addressed via negotiations or are other means necessary (and already in play)? Notably, addressing Interests works when dealing with most rational negotiators. But is 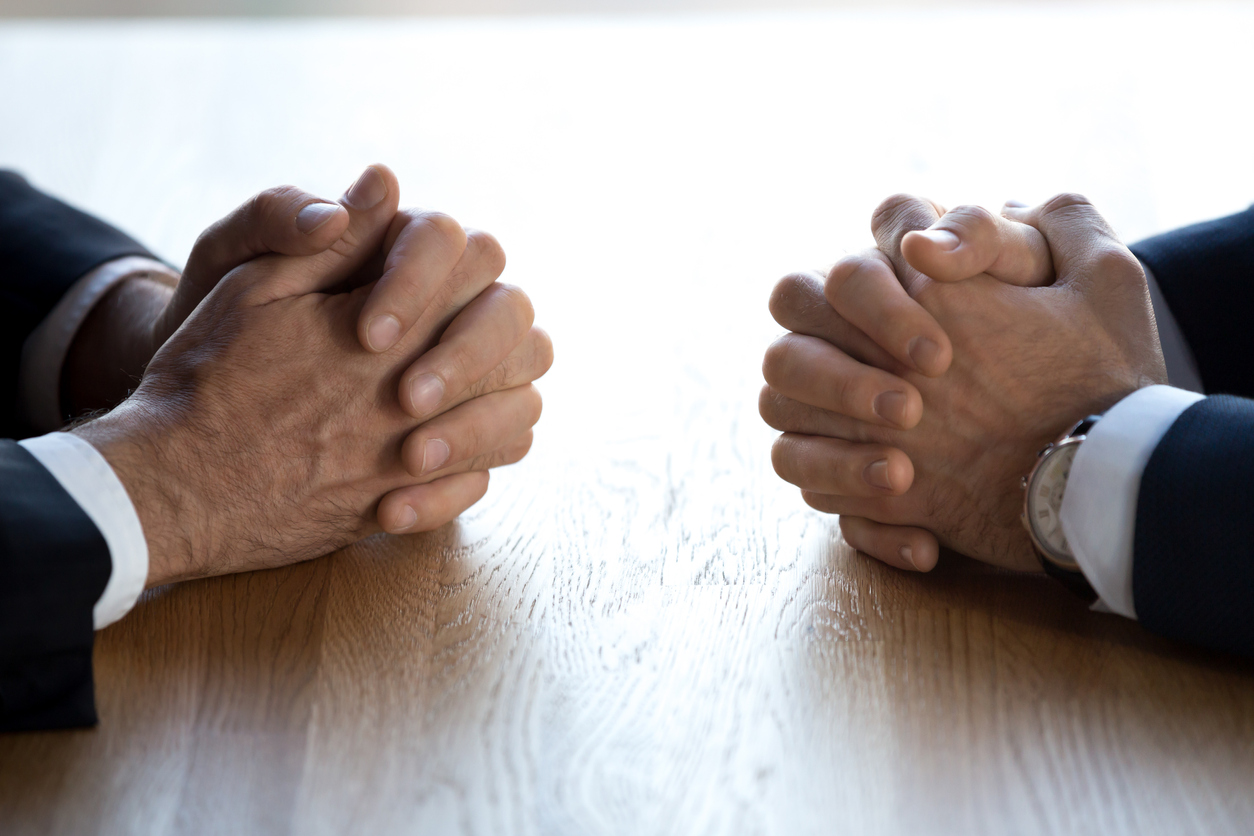 Irrational negotiators act against their own Interests

Irrational negotiators appear to act against their own interests in the face of good information. Is Putin acting against his own Interests?  Reflecting on the siege mentality Fiona Hill noted, is it real or imagined, or a major miscalculation on Putin’s part?  Peter Baker at The New York Times reported back in March of 2014 that German Chancellor Angela Merkel shared her insights on Putin with President Obama, “that after speaking with Mr. Putin she was not sure he was in touch with reality, people briefed on the call said. 'In another world,’ she said."

Both rational and irrational negotiators fall prey to miscalculations.

So, is Putin miscalculating because he is misinformed? Stephen Kotkin, the renowned scholar of Russian history and Fellow at the Hoover Institution, was interviewed recently by David Remnick for The New Yorker and stated that Putin “is not getting the full gamut of information. He’s getting what he wants to hear. In any case, he believes that he’s superior and smarter.” This is a potentially catastrophic problem with despots as evidenced by current events.

Putin addressed the Kremlin on the eve of the Ukrainian invasion with the rationale for what would soon befall Ukraine. One foreign policy analyst described it as a "resentful diatribe" that highlights his view of the deceit of the West in its approach to Russia. But the analyst underscores that “Putin was not being irrational.” In fact, it showcases how his “worldview is taking him into conflict”.

Kotnick continues, “war usually is a miscalculation. It’s based on assumptions that don’t pan out, things you believe to be true or want to be true.” That is playing out in real-time in Ukraine. Putin over-estimated his own military capability, assuming Kyiv would fall swiftly - a few days and a puppet regime could be installed. And he wildly under-estimated the fierceness and strength of the 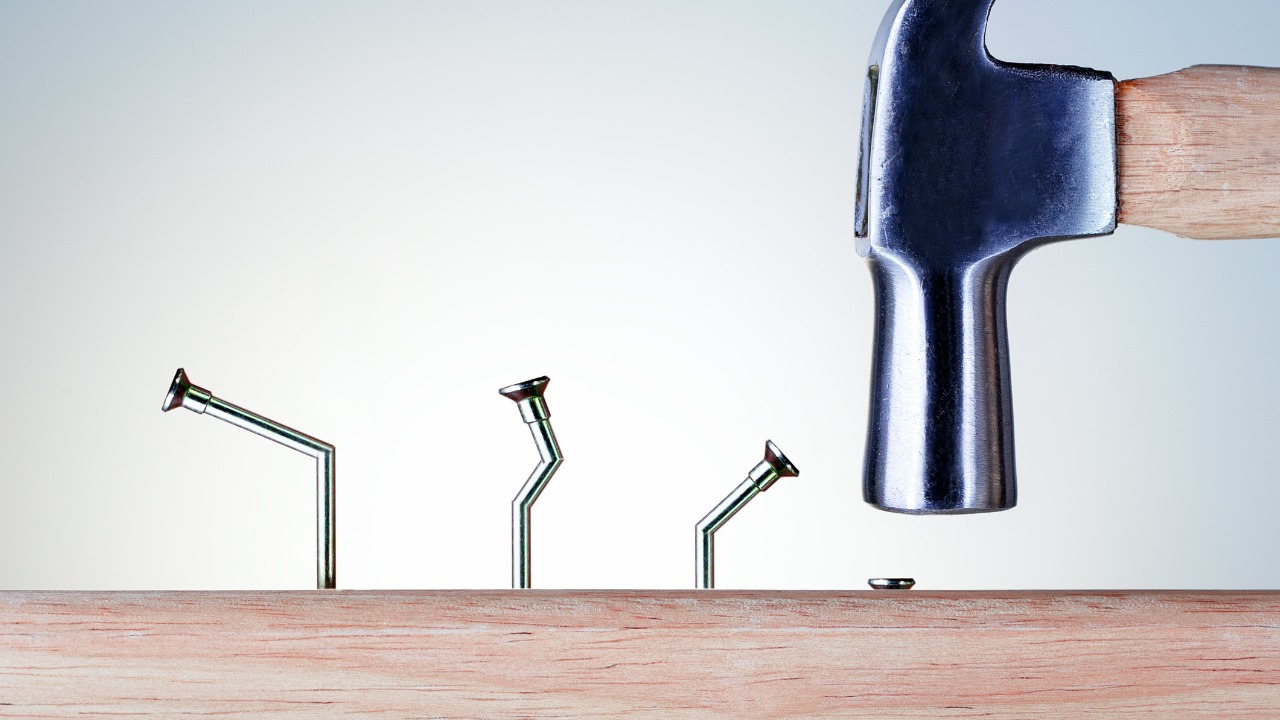 Ukrainian resistance. And then there is the unity of the western democratic powers – President Zelensky inspires the West with his steely leadership. In Zelensky’s address to the U.S. Congress, he evoked the US’ history in Pearl Harbor and 9-11 to urge its increased involvement. Western powers have come together to inflict economic war on Russia, but also to buttress the Ukrainian forces with weapons and support – whether significantly more support is forthcoming remains to be seen, as the West has thus far rebuffed the idea of a no-fly zone over Ukraine. Regardless of Western maneuvering, Putin is discovering the danger of unverified assumptions; he has had to reach out to China to overcome Russia’s military preparedness issue - in hopes that China will provide material support. It is imperative to be crystal clear on what is known/unknown, and what is assumed, as you prepare for negotiations, let alone warfare. 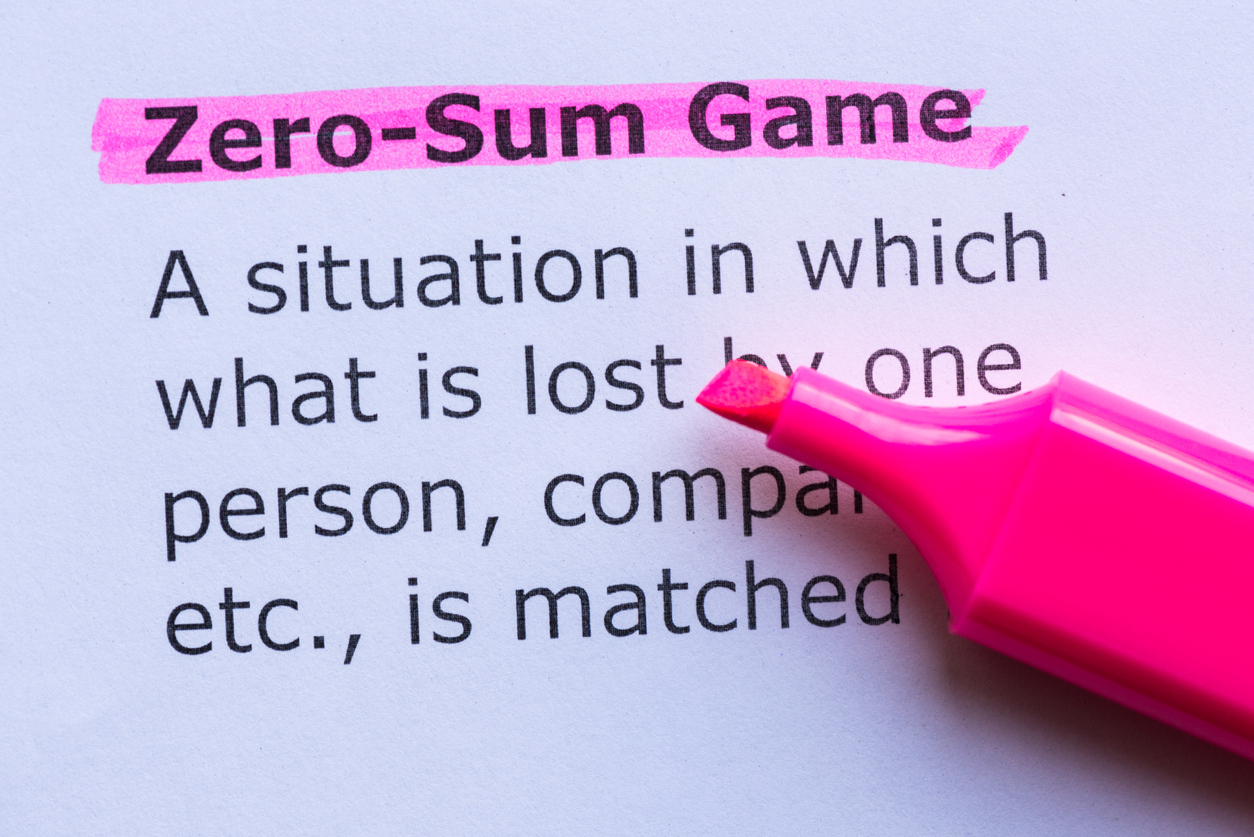 The Insider described Putin’s view of negotiating with international partners: he sees “foreign policy as a zero-sum game — a gain for one side comes at the expense of its opponent”. The West perceives itself as more typically pursuing strategic, collaborative negotiations, where mutually beneficial gains can be achieved. Yet we must still negotiate with President Putin despite the opposing approaches. As the CIA operative noted, “he is behaving rationally within the confines of a fundamentally irrational set of beliefs.” At his core, he is acting true to his personal Interests and what he believes to be Russia’s over-arching Interests. In this situation, we should treat Putin as a rational negotiator and work to prove his assumptions wrong before he will come to the table with any true intent to negotiate in good faith.

Must we provide a bridge or an off-ramp to Putin?

What can seasoned diplomats do next in this tragic situation? Do we have to provide Putin a way to “save face”?

World leaders are wielding myriad tools of influence as they try to resolve this situation swiftly and peacefully.  Power is on full display by Russia, the West is implementing crippling 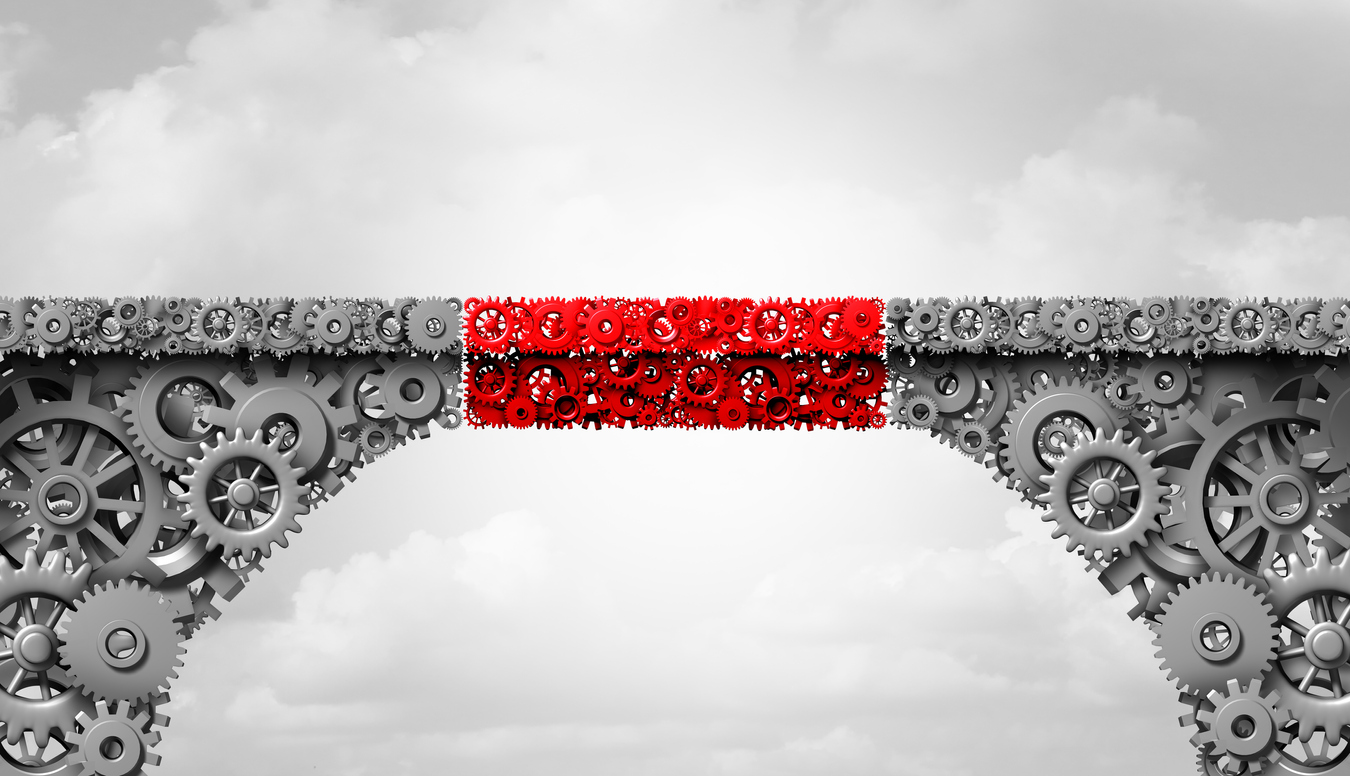 sanctions as a financial lever, Ukraine is certainly trying to persuade the West to enter the fray more boldly, and negotiations are ongoing - both between Ukraine and Russia but also between President Zelensky and NATO countries. Other stakeholders are exerting influence too - as China and myriad global oil producers factor in, directly and indirectly. US President Biden and Chinese President Xi Jinping held an hour-long telephone call to get clear on the implications of China wading into this situation - China’s influence will certainly impact what happens next in Ukraine.

Encouraging signs at the negotiation table have recently come from both Ukraine and Russia, but there are still some momentous hurdles to overcome. In Putin’s most recent televised appearance, his rhetoric ratcheted up again - he has tended to double down when he feels his position may be weakened. A peaceful end is not yet in sight. To prevent a tragedy like this in the future, some bridge to this elusive peace must be considered.

Stay tuned for future posts that address these dynamics in more depth:  how will other players influence the outcome, the preservation of Western Interests, how public perceptions shape the narrative, and what other levers might be pulled at this historic negotiation table with profound implications.

When preparing for negotiations, ALWAYS develop your opening offer before developing your least acceptable agreement or walk-away position.