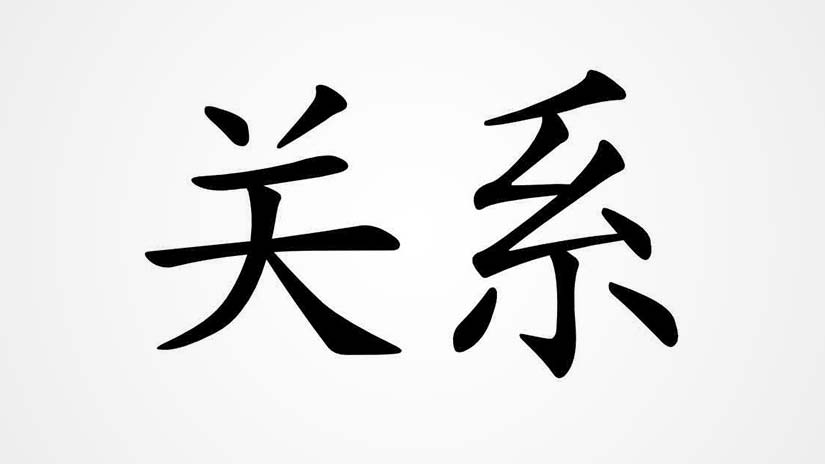 Our clients do extensive business in China, where negotiations tend to be a long involved process. What you thought would be a simple business negotiation often turns into multi-day affairs with many delicious meals, multiple toasts, and tours around the factory. While it takes time, this focus on Guanxi, which roughly translates to “relationships and connections,” is viewed as both effective and efficient in China. Good negotiators everywhere would do well to take a lesson and get in touch with their Guanxi.

The Chinese view their business relationships as cooperation amongst various parties that support each other towards mutual gain, where “business favors” or concessions are readily and voluntarily given, knowing that business partners would also be ready to give. Guanxi is a complex concept that involves respect, reciprocity, and a certain deference to the person with more authority, all in an effort to achieve a mutually beneficial relationship.

One famous story of Chinese relationship building is the story of Microsoft’s growth in China. Urban legend had it that on his first trip to China in the mid 1990s, Bill Gates insulted the Chinese President Jiang Zemin by wearing jeans and only leaving time for a brief visit. The legend had China’s President stating that Mr. Gates would be wise to learn more about Chinese culture, essentially saying that understanding China’s customs would pave the way for better working relationships in the country. This legend of course turned out to be pure myth and was later debunked in the 2006 book, Guanxi (The Art of Relationships): Microsoft, China, and Bill Gates’ Plan to Win the Road Ahead by Robert Buderi and Gregory T. Huang, which explored the success of Microsoft’s software laboratory in Beijing, China. The real story is that Gates and one of his key visionaries, Nathan Myhrvold, executed a strategy that set the company and the country on a long term course to build a mutually beneficial relationship by harnessing the talent from within China and learning the cultural knowledge necessary to be successful.

According to Buderi and Huang in Guanxi and the Art of Business, “So far, the company has invested well over $100 million and hired more than 400 of China’s best and brightest to turn the outpost into an important window on the future of computing and a training ground to uplift the state of Chinese computer science – creating dramatic payoffs for both Microsoft and its host country….” China is reaping the benefit of an elite corps of computer scientists, while Microsoft’s barriers to entry were eased.

The legend, the truth, and also the ultimate success of Microsoft in China demonstrate an important lesson: doing business requires understanding the culture of your counterparts and making an effort to build relationships in the ways that are important to them.

Negotiations in western cultures proceed at a speedy clip more often than not, but relative to the speed and cultural nuances, there is always a need to invest in the relationship. Building a strong connection up front with your supplier, customer or partners provides an invaluable foundation of trust and connection that supports all future negotiations in the relationship. Get in touch with your Guanxi!