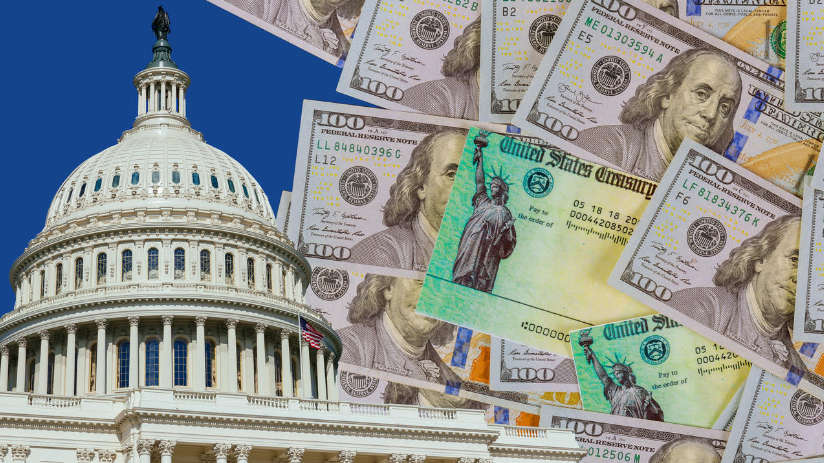 Businesses had to sharpen their negotiation skills as markets and supply chains endured enormous pressure in 2020. Now it’s the U.S. president’s turn to demonstrate his negotiation expertise in passing the $1.9 Trillion Covid-19 Relief Bill. Is he willing to collaborate with Congress, or will he take on a competitive approach? And how will the Republicans respond?

President Biden has made it his mission to tackle the devastating pandemic – it is the very first priority listed on the White House website.  Specifically, he has vowed to get the massive $1.9 trillion coronavirus relief package passed in U.S. Congress and ensure Covid vaccines are distributed as rapidly as possible. Time is of the essence as the economy remains weak; many still face desperate times. Yet President Biden has also pledged a bipartisan approach to governance and wants to unite the country – so how do you negotiate effectively with Congress in this still polarized landscape to deliver on these promises; or do you?

Will a collaborative (win-win, interest-based) or even compromise approach produce bipartisan approval, or will the Administration have to take a competitive approach (win-lose) to get results.

Emerging from the last presidential election, the USA is seriously divided, no doubt about it. Yet President Biden is on a quest for unity, including in his Congressional relationships. As a long-serving alumnus of the Senate, he underscored the need for bipartisanship: “I think I can work with Republican leadership in the House and Senate. I think we can get some things done.”  But will Republicans reciprocate – will they work with the president and their Democratic colleagues?  We don’t know what is happening behind the scenes, but the president has only publicly met with 10 Republican senators in early February to discuss the Covid relief bill. And Republicans have felt rebuffed by their 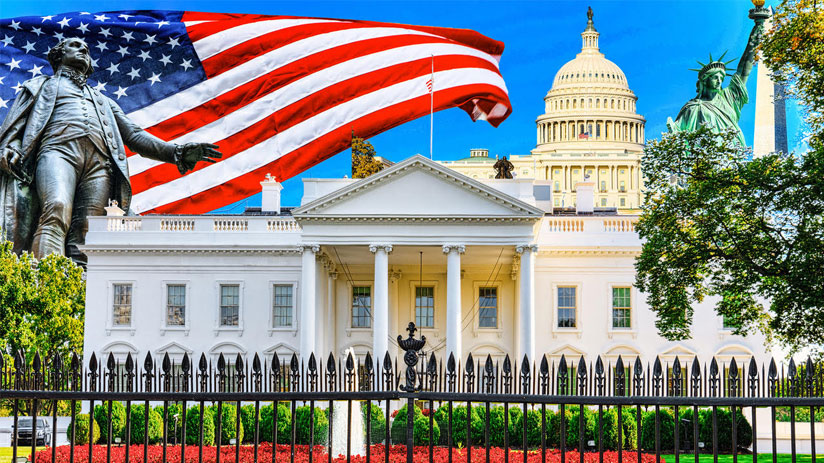 Congressional colleagues: “…they were frustrated that their views weren’t being considered as Democrats pushed the legislation forward without GOP support”. This may foreshadow a competitive stance.

And yet, President Biden has the support of the American public writ large – even Republicans: “Half of all Republicans believe that President Joe Biden's $1.9 trillion COVID-19 relief package should be passed because of the proposed round of $1,400 stimulus checks, according to a new poll.” 73% of all Americans support this bill, according to a Navigator Research poll last week.  Bipartisanship can be achieved in the public domain – that has certainly been realized in the run-up to the passage of this bill. But will any congressional Republicans come on-board?  Jen Psaki, the White House Press Secretary, put this question succinctly when asked about Republican support: “Obviously, Republicans in Congress will have to make their own choice about whether they support the final package.  But the vast majority of the public supports it, including the vast majority of most members’ constituents.  So it’s really a question for them.”

But will Democrats entice them to support a negotiated bill, with a willingness to compromise by giving in on some of what’s been proposed, if not collaborate by finding new solutions that satisfy both parties? Or simply use a heavy-handed competitive approach to get what they want. The overriding negotiation strategy used here may set the tone for the next 4 years.

Time is almost always a factor in negotiations. There is an adage in negotiating – “deadlines force concessions”. And President Biden feels the pressure of a looming deadline. On March 14th, over five

million people will lose their weekly $300 federal unemployment benefit. The PPP program runs out for small businesses on March 30th, and the airline industry may take a big hit as $15B in federal funds that subsidize payrolls also expires. But will Congress feel the same pressure of this deadline? Assuredly the Democrats largely will. But Republicans may resist the pressure, advocating that previous stimulus bills have set the stage for recovery - the trajectory is positive. Could Republicans use time as leverage to get more of what they want? All politicians have a political calculus even while making policy decisions – how will these deadlines impact their negotiations across the aisle and with President Biden?

Great negotiators know that their positions are driven not just by what they can conceivably achieve, but by a greater business or overriding imperative. The same is true in negotiations over legislation. Politics are the quintessential overriding imperative that drives what each legislator is willing to do.

“Negotiation in Congress is never solely about policy; politics and policy are always intertwined”, per the Task Force Report published in December 2013 by the American Political Science Association (APSA), Negotiating Agreement in Politics, which sheds light on the challenges of American political negotiations. There are valuable lessons in that report, with pragmatic advice for all parties at the Congressional negotiation table. One truism comes from former Rep. Barney Frank (D-MA): “Nobody pushes for unpopular policies.” And it appears that the Covid relief bill is popular!  But elected officials manage their politics to keep their constituents (and donors) happy - they must justify their policy votes. Those up for reelection in 2022 will weigh their policy decisions now against a potentially different political landscape one year hence. In fact, news reports indicate that Republicans believe they are better served to deny President Biden a “bipartisan win” – and so are working to keep their own party cohesive, and plan their own PR push to paint this Bill as “bloated”, disparate and not well-aimed.

When defining any negotiating strategy, it is paramount to assess who your stakeholders and what their Interests are, and how they impact your plan. When it comes to legislation, there is no shortage of competing stakeholder Interests to address. 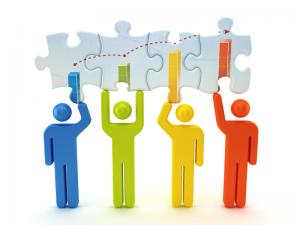 President Biden is banking on the American public as the most important stakeholder in this landscape. Most of them enthusiastically support this bill, and the timing is such that now is the opportunity to strike. Big business also supports quick passage of this Bill. Just this week, 150 of the country’s most powerful executives penned a letter to President Biden urging action: “Congress should act swiftly and on a bipartisan basis to authorize a stimulus and relief package along the lines of the Biden-Harris administration’s proposed American Rescue Plan."

Republicans may take the longer view, and assume that their stakeholders, their constituents, will accept resistance to this bill.  After all, it may get passed even without Republican support. Then the subsequent policies will help everyone, without Republicans having to go “on record” as supporting a democratic presidential priority.  “In short, explicitly partisan political considerations condition the opportunities for deal-making on policy issues,” suggests the learned authors of the ASPA report mentioned earlier.

No seasoned negotiator enters negotiations without a back-up plan, known as a Best Alternative to a Negotiated Agreement or BATNA. That means both sides of the political aisle have BATNAs in 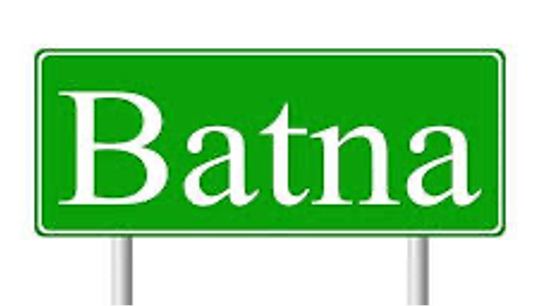 play that they are willing and able to execute.

Can the Covid relief bill pass without Republican support?  Does President Biden have an alternative to a truly bipartisan bill, a BATNA in the lexicon of negotiating? Absolutely – after all, the Budget Reconciliation tool is available to him, now that Congress passed the Senate’s budget earlier in February. As long as the Democratic party stays cohesive, this enables passage of the Covid relief bill with only Democratic support. If Democrats prove each item in their reconciliation bill has a direct budgetary impact, this tool can be used to prevent Republicans in the Senate from filibustering and blocking the floor vote. So inasmuch as President Biden would like Republican support, it is not necessary for passage of this bill. His BATNA is strong, and he is willing to execute it, to ensure the needs of the American public are being met. Republicans too have their BATNA – they can decline to support this Bill, counting on their supporters to look positively on that decision down the road. This is a risk, but will they be willing to take it?

Negotiators come to the table prepared to trade. And President Biden has indicated some willingness to trade on the minimum wage – its inclusion in the Bill at all, a phased-in timeline to protect small businesses, and maybe even the new wage rate.

There are two factors that complicate this element of the bill. First, Senator Joe Manchin (D-WVA) has said he does NOT advocate for the full $15/hour – although he would support a reduced rate of $11/hour. Second, couple that with the fact that the Senate parliamentarian has ruled that as written, the minimum wage hike does not meet the threshold of having a “direct budgetary impact” – thus eliminating it as is from inclusion in the Budget Reconciliation Bill. This bargaining chip may come off the table entirely when the Bill reaches the Senate, or it may become a viable bargaining chip. The president has said he is open to negotiating the minimum wage. But cohesion among the Democratic senators will still be crucial on other elements of the bill, and keeping Senator Manchin in the fold may be a challenge that President Biden faces beyond just this particular legislation.

This bill will get passed, but probably with Democrats taking on a competitive approach ultimately and driving passage without any compromise. President Biden is willing to execute his BATNA and believes that his primary Stakeholder – the American public – needs the relief that it will provide, and will reward his Administration for it. Bipartisanship will have to wait, as the president feels the pressure of the March deadline. The Republican political calculus indicates that they too can take a competitive approach and won’t be penalized by their supporters. But this first interaction between the president and Congress may not bode well for collaboration between the two parties in the future. Time will tell, so stay tuned.