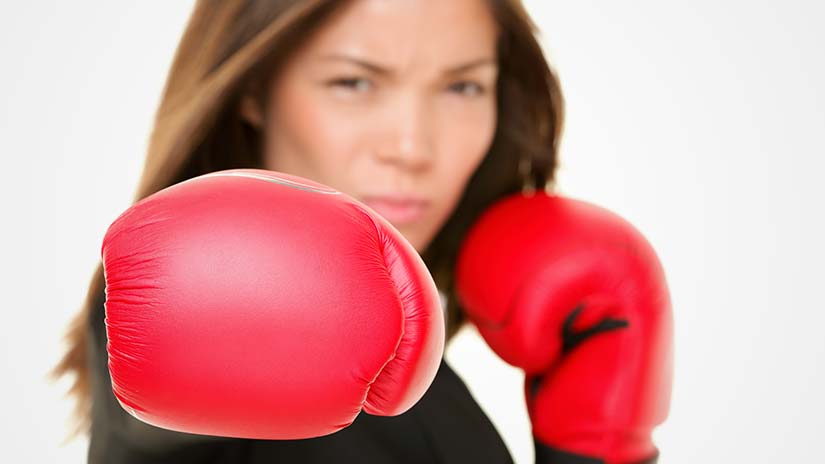 Negotiate #LikeAGirl, and don’t get Manterrupted!

Two female power stories caught my woman negotiator’s eye this last month: The #LikeAGirl campaign gone viral after the US NFL's Super Bowl XLVIV, and Jessica Bennett’s Time Magazine article How Not to Be ‘Manterrupted’. It's a one-two punch and we negotiators can learn a lot from both.

It’s difficult NOT to jump on the bandwagon of a popular Twitter hashtag when it really speaks to you. I watch the Super Bowl every year, and always find new insights, although not about football. See my 2014 blog on Super Bowl XLVIII Cheerios commercial of a young daughter’s negotiation with her dad that put most negotiators to shame. Academics and practitioners alike know children are the best negotiators – ask for what they want, persistent questioners, super curious, unafraid of “No”, and armed with an infinite supply of creative solutions.

2015’s Super Bowl inspired the "girl" negotiator in me with Always #LikeAGirl campaign, turning on its head the centuries old negative connotation that goes with doing anything “like a girl.” (i.e., you throw like a girl...and a hundred others.)

Some of my favorite 2015 hashtags trending for #LikeAGirl

Hunt Taliban from the Air #LikeAGirl

From General Electric: We can't solve the world's problems with only half the world's brain. Become an engineer.  #LikeAGirl

International Space Station: Go to space #LikeAGirl! Two women are living and working aboard our @Space_Station

At Watershed, we train and coach amazing women negotiators at corporations around the world. We remind them that there are instincts and skills many women naturally possess that are the foundation for masterful negotiating – skills that we all (men and women) need to achieve Win-Win in our negotiations. We remind them to Negotiate #LikeAGirl:

Personal Story
About 10 years into my legal career, I interviewed for my dream job outside of law, and knew immediately after the interview that I didn’t get the job because I added not one stimulating insight to the conversation. I had some great ideas, but just couldn’t get them in without interrupting the very talkative Vice President who interviewed me. I was shocked when I got offered the job the next day. Months later while on the job, the EVP was singing my praises to the VP, and I overheard that VP tell his boss – “I was so impressed with our conversation when she interviewed that I knew she was perfect for the job!”

I had clearly honed listening to a whole new level. But regardless of my unfortunate (or fortunate) excessive listening, active listening is a skill that can and should be developed by everyone. For better or worse, women negotiators may have the upper hand if like me, they can make people feel heard (a concession received in itself) just by listening.

To use and not be used by these natural female tendencies, women negotiators should take heed:

Each gender has it’s inherent strengths and often those strengths can lead to weaknesses, like my allowing that VP to talk my entire interview. Or as Jessica Bennett, award winning writer, editor and producer illustrates -- allowing ourselves and our female colleagues to be "manterrupted” or have our ideas “bro-propriated.” We’ve all been interrupted at meetings and had others take credit for the ideas we pose – men and women alike – but ask your mothers, sisters, female bosses, wives and girl friends if they think it happens a lot more to them than the men in your life think it happens to them.

“When a woman speaks in a professional setting, she walks a tightrope. Either she’s barely heard or she’s judged as too aggressive. When a man says virtually the same thing, heads nod in appreciation of his fine idea.”

Bennett and her friends call this Manterrupting. Bennett proposes some great strategies, such as a imposing a general rule of no interruptions at meetings. She also proposes more targeted advice:

Each gender has strengths and weaknesses. But Negotiating is not male or female – it’s a conversation looking for creative ideas to expand value and lead to sustainable agreements. These conversations benefit from empathy, intuition, cooperation, listening, giving due credit for ideas, and not interrupting each other. So to all women and men negotiators, I say Negotiate #LikeAGirl!

Most people underutilize the caucus. What’s your hurry? Summarize, take a break, and make sure your counteroffer is on the mark.