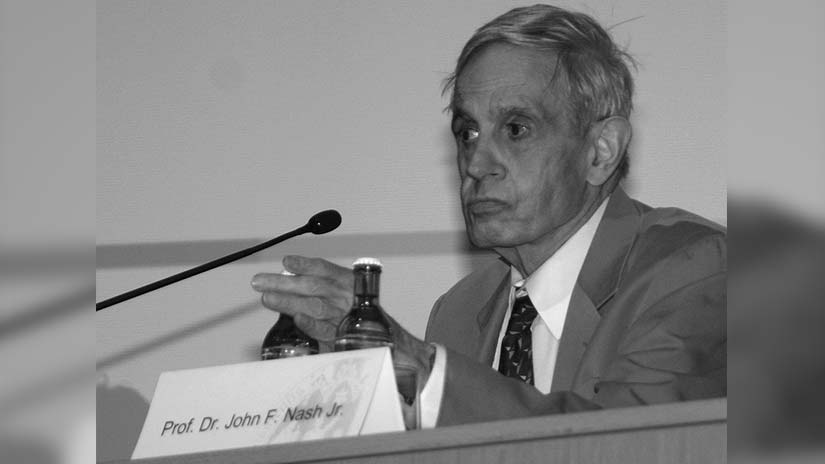 In Memory of John Nash

I learned about the power of collaboration in negotiating from John Nash. The death of John Nash and is wife in an auto accident this weekend is tragic. He influenced my work with negotiators around the world, and we are forever grateful for his contributions.

John Nash (1928-2015) is widely known on several levels: he suffered from acute chronic paranoid schizophrenia; he was a genius in mathematics; and with other collaborators, won the Nobel prize in Economics in 1994 for their work on game theory. There was an Oscar winning 2001 film, "A Beautiful Mind" starring Russell Crowe as John Nash, loosely based on parts of his life, in which most of us probably got our first glimpse into his thinking -- into his beautiful mind.

Before Nash, most negotiations were focused on the deal – the outcome – the conditions. But Nash introduced an original idea that doing what is best for all parties can result in more value than in pursuing what is only best for each party. In essence, he proved with mathematics that focusing on Relationships allows us to achieve win-win results.

Are relationships new to win-win? No. Ancient cultures have valued relationships for thousands of years. What was new was that Nash came up with a way to represent win-win so that the results are predictable and repeatable.

If you try to maximize your gain, your personal outcome, you may get nothing. In the movie "Beautiful Mind," the character John Nash refers to the renowned economist, Adam Smith's theory: "Individual ambition serves the common good. Best result comes from everyone doing what’s best for himself."

Nash determined that Adam Smith's theory was incomplete. Instead, Nash showed that the best result comes from everyone in the group doing what is best for himself/herself and for the group. If you pursue a result that benefits all – that’s win-win. And how do you get there?  – by developing trusting relationships, collaborating on ideas, and addressing parties' interests.

Many news organizations, colleagues and individuals have left tributes to show appreciation for Nash's work in mathematics, economics, and bargaining. Actor Russell Crowe and Director Ron Howard tweeted their respects. One person who says he spent an afternoon with Nash commented that Nash taught him that "brilliant ideas are not the exclusive domain of people with great minds."

This is what we teach: brilliant ideas are those that solve ordinary problems, and those creative solutions come from the parties collaborating on how to bring value to each party and to the group.

I would have loved a chance to talk with John Nash.​