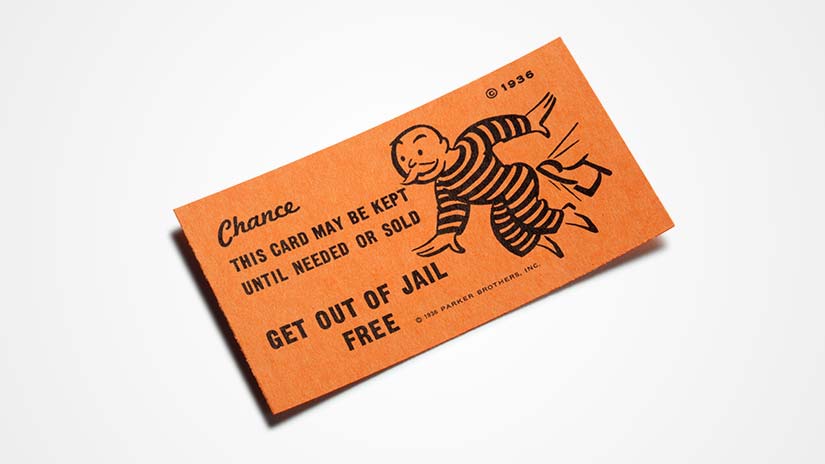 For the last 20 years, the popular television American crime drama Law and Order has taught hundreds of millions of viewers in 19 countries about US criminal law. What those viewers may not realize, however, is that they have also become quite familiar with the nuances of negotiation strategies that apply to commercial and internal negotiations as well. Watch this show and you'll improve your own bargaining skills, maybe even earn your get out of jail free card.

Since trials are expensive and unpredictable, both sides in any legal dispute—including criminal cases—try to reach a settlement before resorting to court.  A plea bargain, as its name indicates, is an agreement on the plea the defendant will enter; in exchange for the simplicity and efficiency of a guilty plea, the prosecutor will make some kind of concession in the punishment.

We may forget that plea bargaining is just bargaining.  What’s different about it, and what makes it so drama-worthy, is that the consequences are life binding. Instead of the parties negotiating over money, scope and terms (the traditional objects of commercial bargaining), they are often trading the parameters for criminal punishment — jail time, psychiatric treatment, or another kind of restriction.  Money can play a role as well, in terms of fines, relinquished assets or victim compensation, but nothing gets more heated than when the primary concern is our freedom.  With such heightened stakes, the plea bargaining on Law & Order surreptitiously involves and instructs viewers in a number of issues that arise in all bargaining.

First, the likely negotiation strategy for plea bargaining in a criminal case would seem to be competitive rather than collaborative -- defendants certainly value the outcome more than their relationship with the prosecutor.  And, at first glance, it may appear that the opposing sides in a plea bargain are of unequal strength, which should lead to a one-sided negotiation.

But regular viewers of Law & Order come to understand that the complex variety of cases and their handling by attorneys who work with each other regularly can complicate the bargaining process and lead to a variety of negotiation strategies -- from competition to compromise -- depending on the case. Though the prosecution has all the resources of the police and other government agencies on its side, the defense has some advantages. For instance, it need not prove the client’s innocence, only raise reasonable doubt about the state’s claims of guilt. Defendants are also often able to gain concessions on jail time and other penalties by assisting the state in other prosecutions.

Plea bargaining on Law & Order also gives us a clear view of the difference between a negotiator’s position and interest. The defendant's position is his or her plea -- guilty or not guilty.  But it is in his or her interest to consider a different plea, based on the likelihood of conviction, if it will reduce his or her sentence. The defendant's interest can include things like less jail time, confinement at a particular facility, lower bond, dropped charges, etc. Also lawyers can have different interests than those of their clients -- defense attorneys are paid more if they go to trial, and always need to maintain a good relationship with the prosecutor because their next deal may depend on it.

The prosecution’s stated position is that it must punish the defendant for his/her crime. Its interest, however, is in curbing crime generally, sometimes by using information from lesser criminals to successfully prosecute more serious offenders, information they are willing to trade for a reduced sentence. On “Law & Order,” consideration of this sort of trade is often presented as a moral dilemma, pitting the greater good against justice in a particular case.

Law & Order also gives viewers a sense of the nuances, timing, and performance of a skilled negotiation. The attorneys on the show (and the viewers) enter a plea-bargaining process knowing the facts of the crime, the evidence, and the law. But we know after several episodes how equally important is the understanding of the other side's histories and tendencies for well-timed offers and proposals, and skillful responses.

If no bargain can be struck, both parties have the same Best Alternative to a Negotiated Agreement (BATNA)-- a trial, with high costs and risks for both sides. But regular viewers of the show know they need only wait for the next episode to see another negotiation unfold.

While always reasonable and patient, be assertive and enterprising. And be firm, fair, and professional. Challenge assumptions and think of mutual gain as you build relationships.