The pace of change, the global marketplace, and the unexpected connections among the people with whom you do business demand that you develop lasting business relationships to be successful. Relationships do not develop from shallow niceties, adversarial encounters, or take-it-or-leave-it deals. Relationships are built on trust. The approach you take to conducting business, community activism, and helping neighbors determines whether people trust you. Use of the negotiation process, practiced with sincerity, skill and diligence, motivates people to invest their trust in you.

Of course, I am talking about negotiations that explore each party’s interests and values rather than accept surface positions, and seek “win-win” or mutually beneficial results. An approach I refer to as value-based negotiations, this attitude toward life and business demonstrates that your goal is to reach mutually satisfying solutions with others. The negotiation process, when mastered, is the tool that enables you to build lasting relationships regardless of the deal that results. 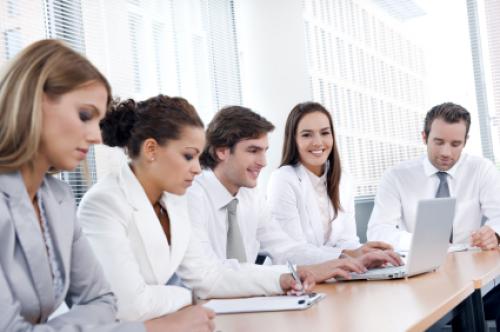 Anyone can land a favorable deal when armed with the traditional means of influence: market power, money, information or position. To abuse your influence and resist negotiating when you have the upper hand comes at great risk that you will violate a trust needed at another time.

Consider the reality of our world. The company with which your business has a strategic alliance in one market is a strong competitor against you in another market. What happens if you exert market power for short-term advantage? You inevitably put the relationship, and next deal, at risk.

The United States marketplace is a shining example of how the balance of power can shift without warning. According to the U.S. Department of Labor, researchers estimate that, on average, workers have 8 to 10 jobs during their working lives. The “other side,” who you can “brow beat” on the deal today, may be represented by the person who takes a key job at your potential investor next year. The U.S. Census Bureau found that 42.1 million people, or 16% of the population, move in a year’s time. Your new neighbor’s daughter may be your next boss. According to a study by the American Society of Quality Control, the number one reason why 68% of customers go elsewhere is because they are turned off by the attitude of the company representative. The relationships you make will make you. If you do not think negotiating in those relationships will strengthen and solidify them, you have not harnessed the true power of negotiating.

Do not confuse negotiating or the process of negotiation with its tangential cousins:

The process of negotiating – preparation, give and take, discovering underlying interests and motivators, steady dialogue, and creative solutions – fosters trust. Think about how you felt the times you did not get to negotiate. Remember your excitement when the home sellers accepted your first offer? Did the excitement diminish as you later wondered if you could have done better? How about the time you purchased a used vehicle without knowing what motivated the other side to sell? Did your anxiety deepen later about whether the owner knew something you did not about the car’s value? Then there was the company acquisition you handled where the other side made concessions without asking for anything in return. Did you later wonder what they were worth, or whether you had already given away more than the other side dreamed possible? All this second-guessing yourself after the deal is easily and quickly consummated leads to an erosion of trust. The process of negotiating, on the other hand, fosters relationships based on trust.

People resist negotiating for predictable reasons. A primary reason is that negotiating requires patience. In this world where fast food is not fast enough and we need to e-mail our order from our cellular computer to the drive-up restaurant, the preparation and thought required for negotiating seems painful. Take the time to understand what motivates the other side and what they value. You can create solutions that satisfy both your needs. Rush through to a take-it-or-leave-it deal and you will not know how to solve the problem next time either.

A second reason many people avoid negotiating is that they have been socialized not to do it. I tell a story to clients, a true story about the most natural negotiators of all – children. I am holding some candy while visiting a friend and his two-year-old child points at the goodies in my palm and asks for some by saying only, “candy?” I understand the request without the need for a fully articulated sentence and respond, “Oh, how cute, and would you like one?” The child, who seizes on the fact that I have just made the opening offer, smiles with glee and answers, “Twooo!” Children unabashedly ask for what they want, and nobody minds. Unlike adults, they have not been socialized not to ask for what they want.

Most people of Western cultures have also been socialized to fear that someone will say “No.” General Motors capitalized on that fear when it first introduced so-called “haggle-free” car buying in North America. Get over the fear of “No.” “No” merely means there is still something to talk about. Remember the child who asked for the candy? Tell the child “No,” and the natural response is “Why not.” “No” gives you permission to ask, “Why not,” and the chance to explore a mutually satisfying solution. 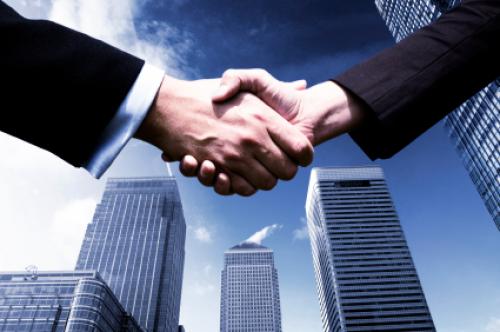 or is not negotiable. What was not negotiable in the past may be now. Technology alone brings about unparalleled change every day. Flexibility and responsiveness are the precursors to long-term success. Charles Darwin, the father of evolutionary theory, taught us that “It is not the strongest of the species that survive, nor the most intelligent, but the one most responsive to change.”

A prepared negotiator assumes everything is negotiable, and is flexible enough to respond when the negotiation process validates or invalidates assumptions. Renowned physicist, Albert Einstein, on a stroll with his teaching assistant in 1942, illustrates this point. After giving an exam to a class of graduate students at Oxford, the assistant asks, “Dr. Einstein, didn’t we just give the class the same exam that we gave that very group of students last year?” Dr. Einstein nods his head and responds, “Ya, ya, it was the same test – the same questions we asked last year. But you see, the answers have changed.”

The answers are changing in your business too. Practice the ancient art of negotiating. You will not always be in a position of power to get what you want; more often, you will need to influence decision making without having the upper-hand. Negotiating helps you get what you want even if you do not hold the lock on power, money, information, or position. Negotiating with mutual satisfaction in mind, every time, builds trust in relationships. People always extend the most consideration – that is, give their best deals – to people they like and trust.