The United States was founded on the central proposition that all people are created equal. I grew up steeped in the U.S. American culture of fairness, open mindedness and evenhandedness. I was taught that fairness includes helping others less fortunate. The way the U.S. behaves as a nation reflects its generosity of spirit. The U.S. has invested enormous effort to rebuild the nations of former wartime enemies. It has forgiven debts to third-world countries, supports a Peace Corps, and engages in countless humanitarian efforts to help less fortunate people, both at home and abroad.

Most U.S. Americans will be the first to admit that they feel it is a unique privilege to live in this country, at this time in history, and that we have an obligation to treat others decently because of our own good fortune. Those of us who conceive of fairness in this way expect to have it as a pre-condition of everything from business transactions to treaty negotiations. 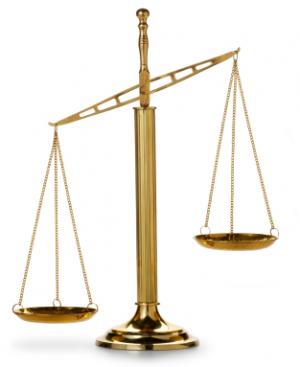 Peoples of many other cultures are no less decent or giving than U.S. Americans believe ourselves to be, but many approach fairness quite differently. Especially those who hail from a region of the world where haggling is an honest and enjoyable way of life, view fairness as something that derives from the outcome of a hard-earned process of give-and-take. They presume nothing about fairness until the negotiating parties exchange concessions and arrive at a willing agreement. In other words, they deduce what is “fair” from observing what the negotiating parties agree upon. The quality of fairness, seen in this light, cannot be determined in advance. It can be identified only after the dance of negotiation has been concluded.

When typical U.S. Americans bring a built-in concept about fairness into the meeting room, there to confront someone steeped in a culture of negotiating, they are at a relative disadvantage. This is true when facing anyone trained in the rules of negotiating, as well. Not recognizing their environment our “fair-minded” Americans may start bargaining too close to their target or bottom line position on each issue. They end up struggling not to give away the store and appear stubborn and inflexible, because the negotiating counterpart demands concessions that are no longer available to be given.

It will be far easier for the typical U.S. American to set aside her concept of fairness than to change her negotiating partner’s cultural orientation. That is, if she believes it is worth putting aside. To help her out, let’s take a look at a logical trapdoor that can be sprung when she tries, without examining closely, to determine the quality of “fairness” beforehand. (We may also discover that we really don’t understand fairness as well as we think we do, and learn that to determine fairness may require a lot more rigor than we typically exert.)

Formal definitions of fairness can be found in a field of economics called Axiomatic Bargaining Theory. The central principle on which these definitions rely is symmetry and it can be expressed in complex mathematical formulas. But to keep it in plain language, symmetry is a concept that says people in similar situations should be treated in similar ways. This is a notion pretty much ingrained in human nature; you can see it demonstrated every time a child’s natural sense of symmetry makes her cry when her brother gets a bigger piece of cake. A naïve child and a sophisticated economist can both agree that the concept of fairness is about symmetry.

As we evolve from children into adults, we mature emotionally and develop nuances in our thinking about fairness. It may not be “fair” that a kid with measles is forbidden to go with friends to the latest Disney movie, but it makes a lot of sense for his parents to keep him home. Fairness, we come to understand once we grow up, gives way to expediency. It may be a sign of emotional maturity when his parents keep a contagious child at home, but it’s easy to lose sight of the crucial symmetry principle in every situation.

Here’s an example from axiomatic bargaining theory. U.S. Americans force high earners to pay proportionately more income tax than those who make lower wages. Progressive taxation is “fair” because it assumes the wealthy can bear a greater burden for society’s infrastructure more easily. But what would be our reaction if the local public school passed a policy that a child, whose parents are deemed wealthy, must give up part of his lunch to other kids whose parents don’t earn as much? To conclude that a little boy’s different status makes it okay to confiscate what is his is something we would never allow. Children in the schoolyard are taught not to pick on others because they are different, but it seems they may forget that lesson when they become adults. Remember, fairness is about symmetry. If it is right to impose fairness by penalizing those who have more of something than we have, then most of us should be paid a fine by Denzel Washington and Taylor Swift because they are so much better looking!

Hopefully at least a seed of doubt has been planted in your mind about the ease and simplicity of deciding what is fair. Now let’s turn to the major purpose of this article, which is not to be concerned about imposing fairness before you enter into a negotiation scenario. You should especially forget about deciding in advance what is a fair outcome for both parties on an agenda issue. Instead, rely on the exchange of concessions that will occur in the process of bargaining to achieve the desired outcome. By adopting the Best Negotiating Practices of starting assertively and making small concessions, you will leave the negotiators on both sides of the table plenty of room to forge the proper outcome.

Your negotiating counterpart will quite naturally employ stratagems that help achieve a beneficial outcome for him. Don’t obsess about your response; at least three factors come into play to ensure the dealing is two sided.

To keep the atmosphere positive or simply not to hassle with it, you may allow the occasional cherry to be picked. Again, this keeps the momentum going and helps the parties arrive in a zone of mutual value, an area of overlapping interests in which a final, and fair, outcome can be successfully reached.

At the magic moment when you extend your hand across the table to conclude a mutually favorable deal, you have performed the dance of negotiations with a nod to 5,000 years of human tradition and intertribal deals. You will also have achieved one of the best definitions of fairness -- the deal you have worked so hard to achieve is satisfactory to both parties; therefore it is consummately fair. It is also effective, enduring, and renewable.

Congratulations on a job well done.